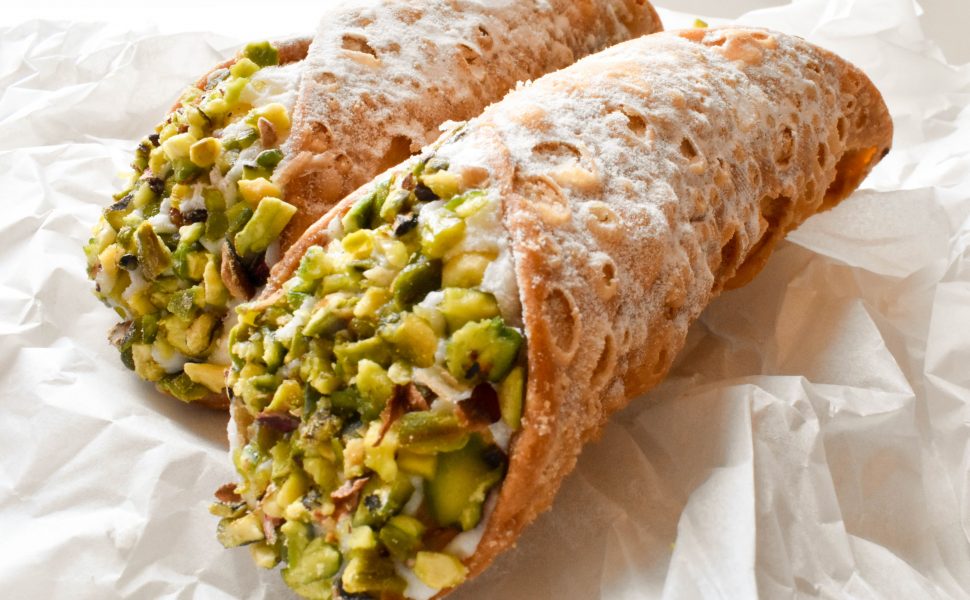 Requires: Minimum of 4 cannoli tubes – refer to note in step 5, a thermometer (suitable for candy, jam and deep-frying) and disposable piping bag

To make the Cannoli shell mixture, rub the butter into the flour until the mixture resembles fine breadcrumbs. Alternatively combine the butter and flour in a food processor and pulse until the mixture resembles fine breadcrumbs. Add the whole egg, egg yolks and dry white wine to combine. Turn out the dough onto a lightly floured surface and knead to until smooth. Wrap the dough in a sheet of plastic wrap (cling film), then refrigerate for 30 minutes.

Note: 00 is a powder-fine Italian type of flour. It is made from soft wheat varieties, and is frequently used in Italian desserts and pastas. 00 flour is available in most supermarkets, Italian food stores and gourmet delicatessens.

Remove the cannoli shell mixture (dough) from the fridge. Divide the dough into 4 portions. Remove 1 portion of the dough, then cover the remaining portions with cling film. Use the palm of your hand to flatten the dough into a rough rectangle shape. Lightly sprinkle 00 flour over the portion of cannoli shell dough. Feed the dough through the pasta machine rollers on the widest setting. Fold the flattened dough in half or thirds and feed through the pasta machine 2 more times.

Note: If the dough feels sticky when you fold in half or thirds, dust the dough with flour before feeding through the pasta machine.
Once the dough looks and feels silky and smooth, adjust the setting on the pasta machine each time you feed the dough through the machine until it reaches the thinnest setting. Spread the rolled dough onto a lightly floured workbench and repeat with the remaining portions of dough.

Cut the rolled dough into 10cm squares. Wrap each square around a stainless steel (or sugar cane) cannoli form, brushing the join with a dot of the reserved egg white and then press to seal it.

Note: Stainless steel cannoli tubes are available to purchase in stores. You can also make your own cannoli tubes out of lengths of ‘canna’ (sugar cane stalks) which were originally used to fry cannoli shells in Sicily and is where the cannoli name originated. Also, do not brush any egg white onto the cannoli forms or the cannoli might stick.

Pour enough vegetable oil into a saucepan to reach a depth of 8cm. Heat the saucepan over medium heat to reach a temperature of 170-180°C.

Remove the Sicilian-style cannoli filling from the fridge. Once the cannoli shells are completely cooled, place the filling into a disposable piping bag. Use the piping bag to fill the cannoli shells halfway, then pipe into the other end. Scatter the chopped pistachios over the ends of each cannoli. Dust with sifted icing sugar before serving – buon appetito. 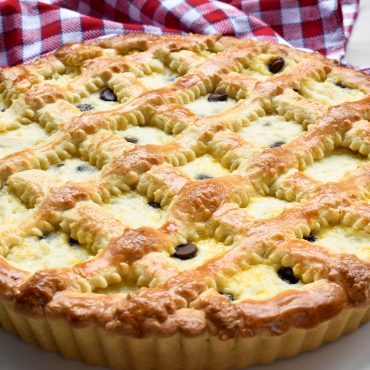 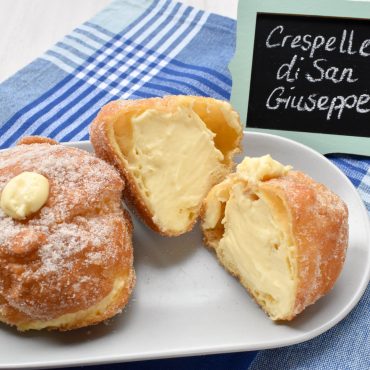